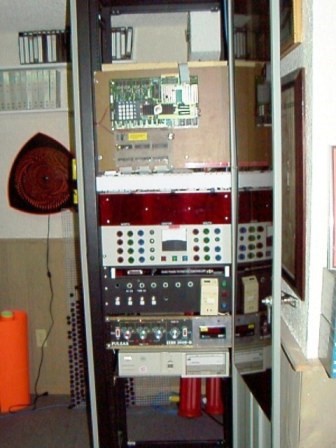 "Most" of the electronics was in this panel, in basement.  I had big hole punched through brick wall for cables from here to items outside.  All was installed in a surplus RTU cabinet I got from work. 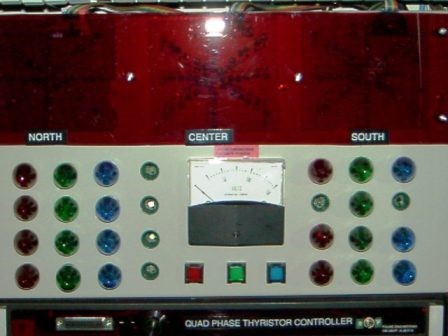 Behind the red lens is a "simulator" for the snowflakes made up of hundreds of neon lamps.  Because neon lamps are AC, I could tap off the triacs operating at the same voltage required.  Other lights and meter for monitoring.  I used neon lamps at 110VAC, in 2018 it is SO EASY to use LEDS. 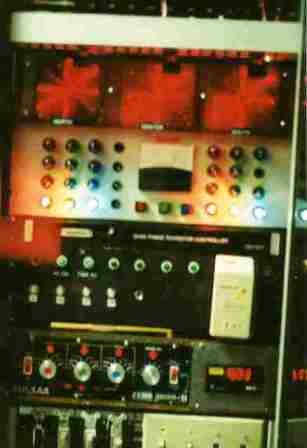 This photo shows the neon lights on for some pattern.  My fader computer and island flicker control box are below the meter panel.  The snowflake computer is above all this.

My "fader computer" was a Motorola 68HC11 all hard-coded to fade three strings.  In 2018, I am using PWM with an Arduino UNO (about 4 square inches in size) to do the SAME THING. 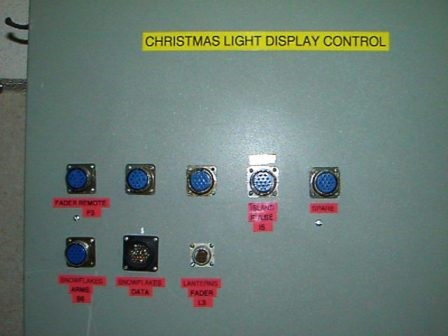 Side of the control cabinet showing all the connections I had to make to outside.  There were some other AC connections that came out the back. 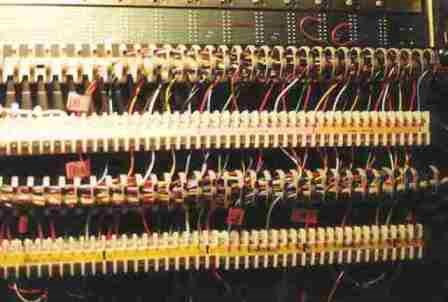 Wiring in the back 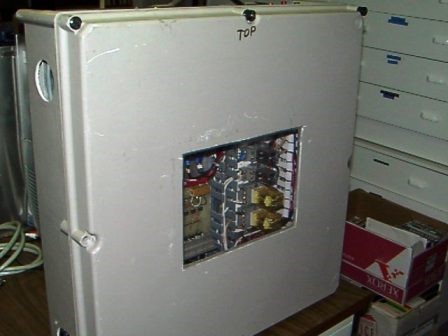 Panel for outside had 2 triac boards for the Spruce tree faders, and relays to turn everything on outside.  By using relays I had control over the circuits I used. 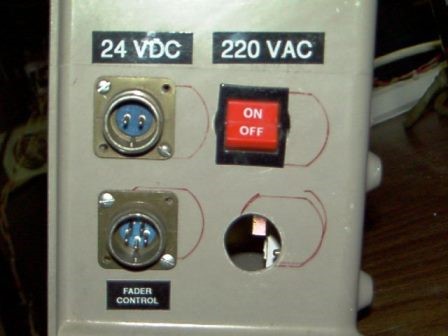 Input to the outside control box from inside the house. 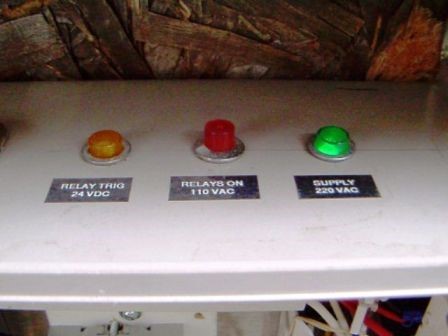 Some monitoring lights.  I ran 220V, split phase,  into this cabinet 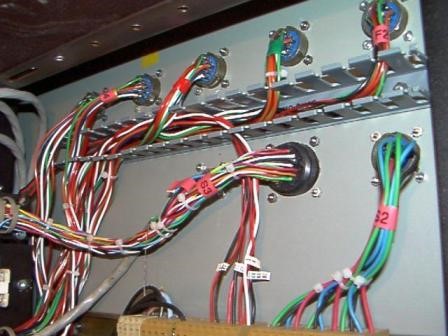 Inside wiring of control cabinet in basement 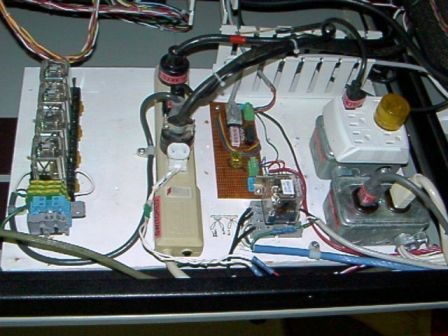 Panel for the control cabinet, more relays.  The old 286 computer gave a pulse to one of these relays from it's parallel port, triggering the entire display outside and inside. 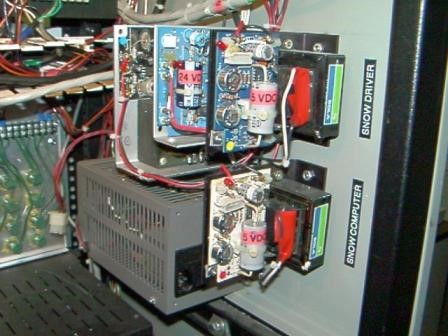 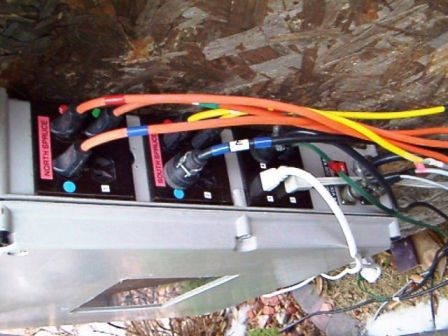 Plugs on the outside control box, each one is connected to a relay inside the box. 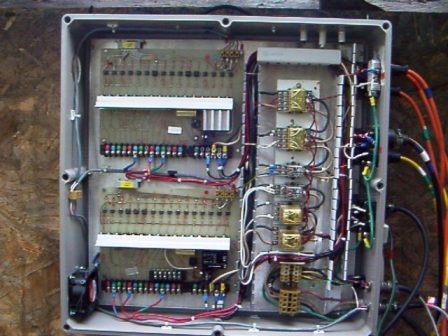 Here's the inside of the box.  Two triac boards on left, relays on the right. 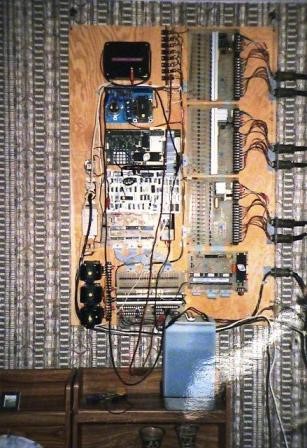 An early control panel for my light display, superceded by the stuff shown above.

Inside back of the control cabinet showing some of the stuff shown in more detail above. Power supplies on right, relays on left, the black box at the very bottom is my 68HC11 MCU driven Spruce Tree fader computer. 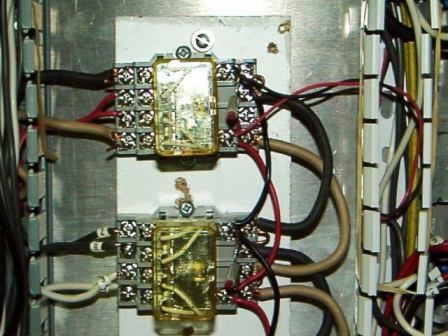 Two relays of the 8 in the outside control box.  Look at the size of these things!  Needed 15A contacts.
Compare this control system with 2018 version
System Control 2006 System control was originally a piece of plywood with some electronics on board.  As time progressed and I improved on what I had, I obtained an RTU (remote terminal unit) cabinet from a gas plant that was being shut down, and put all my stuff in there.  It made it a lot more convenient except for the stringing of cables to the outside.  That's because the cabinet was 7 feet tall, was all metal and weighed a ton.  Wherever I placed it, it would likely stay there.  The cabinet had a glass door in front and a metal door in the back which I left off so I could access the goodies inside.

Some of the system was sourced from AC in the basement through various circuits.  I put the big control box outside with 6-8 relays in it to power the rest via 220 volt split-phase circuit.  By controlling just the relays, I was able to save running 50 extension cords from inside the house to outside.

The system was totally automatic and would start and shut down whether I was there or not.